Adam Christie (comedian) refuses to tell the Blocked Boys who his block is, and the surprise paid off for us, so we figure it should have the chance to pay off for you in one of the more memorable Block Tales that ends with the three men in song. The Blocked Boys continue along their usual path of destruction, starting a little on the crude side but ending with the sweetest Top 3 yet. In between, we discuss Adam’s new website, frequent flyer miles, Lunchables, parents, and John’s album recording.

If you’re hoping to reach 100K status with Blocked Party this year, you’ll join the Patreon at https://patreon.com/blockedparty, where $5/month gets you access to THREE amazing bonus episodes every month AND our top-secret Discord, which has a wonderful community. This past month, we did another all-Cameo bonus episode, we played trivia, and we finally did the video reveal of all 37 Funko Pops John received as part of the #FunkoPopChallenge. This month, we’ve got another Patreon goal reached, as John is forced to eat the first Big Mac of his life and review it, Ian K. style with a video review in his car in the style of Peep This Out!. It’s gonna be a doozy and you won’t wanna miss it! 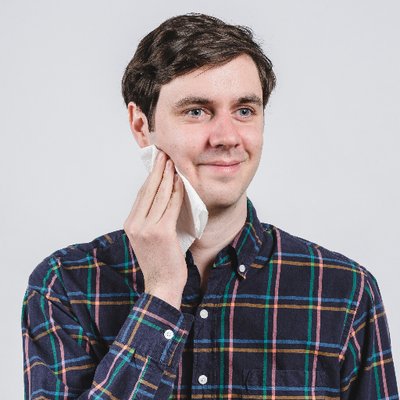