BP Sweeps Month continues with one of our most requested guests of all-time, Charlie Demers (author, comedian). Charlie has one of the more involved Block Tales ever, as he has an existential crisis over a tweet going viral, and decides to quit the platform entirely. The episode once again balances the serious with the hilarious, as we wonder what the point of social media is in 2020, while also appreciating its finer points, like a man getting his penis stuck in between train doors, the firing of Tanner Zipchen, and Instagram algorithms not understanding anything about us. And Charlie kicks off the episode with a bang, immediately coming after Stefan for his prosciutto/melon take, before ultimately getting sucked into Stefan’s gamesmanship and partnering up with him against John as the fruit takes get more and more insane.

If you want to partner up with Stefan, you can do so at https://patreon.com/blockedparty, where $5/month gets you access to an insane amount of bonus content. You get 3 bonus episodes every month, you get access to our Discord, which has been called one of the best places on the internet, and once you donate $50 lifetime, you get a free shirt! It’s wild! And we’re pulling out all the stops for Sweeps Month, as we have an all-Cameo episode up now with Chris Locke that has one of our funniest riffs of all-time, we have Trivia Party 2 coming out this week with YKS’ Jesse Farrar, and Kevin Banner will be joining us at the end of February for a video episode featuring the #FunkoPopChallenge, where John opens all 37 (!) Funkos he received over the last month. THE TIME IS NOW! 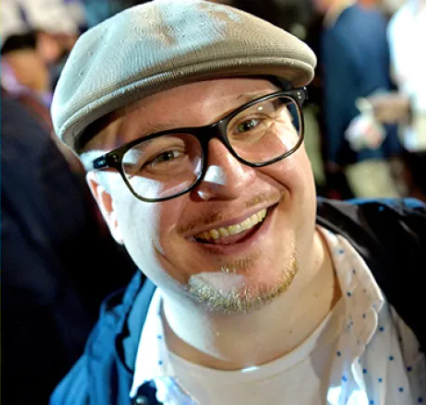